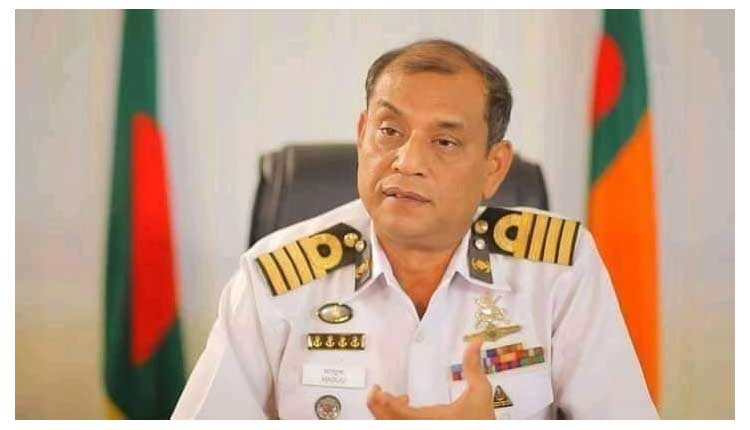 Masuq Hasan Ahmed (G), PPS, PSC, BN, Immediate Past Principal of Marine Fisheries Academy at Chittagong breathed his last at 4:00 pm on Wednesday (April 14, 2021) at the Dhaka Combined Military Hospital (CMH) where he was admitted four days ago after contracting COVID-19.

An officer in the Executive Branch of Bangladesh Navy, Captain Masuq Hassan Ahmed was born in January 1967 at Mozaffarpur village in Netrakona’s Kendua upazila and commissioned in July 1987. He did his Sub Lieutenant Course from Britannia Royal Naval College, Dartmouth, UK in 1988. He did his specialization course in Gunnery from PNS BAHADUR, Pakistan in 1993. He was also trained as Staff Gunnery Officer of Operational Sea Training Group (OSTG) from Malaysia in 1993 and completed his staff course from DSCSC, Mirpur in 1999-2000. He also attended a mini course on Amphibious Operation in Turkey in the year of 2000 and was trained on Laws on Armed Conflicts under International Committee of the Red Cross (ICRC). Also did UN Staff Course at MPTC, Malaysia in the year 2007.

Captain Masuq Hasan Ahmed went on LPR on 31st December 2020 while he was serving as the Principal of Marine Fisheries Academy. Earlier, he served in different ships ranging from patrol craft to frigates in different capacities. He commanded BNS TAMJEED in 1997-98. He also performed the duties of Gunnery Officer in a number of shore establishments of BN. He was the instructor of Operational Sea Training Guide (OSTG) and School of Maritime Warfare and Tactics (SMWT). He performed the duties of OIC Gunnery School in 1998. He also commanded BNS SHAH AMANAT in 2003-04. He also commanded BNS SANGU and BNS ABU BAKR for quite a long duration. He was the commissioning Commanding Officer of BNS NIRVIK which is the only commando base for BN. He also served in Ministry of Home Affairs as pioneer member (Deputy Director and Director) of RAB.

We from Bangladesh Shrimp and Fish Foundation (BSFF) would like to express our deepest condolences for the untimely demise of Capt. Masuq. Capt. Masuq was extremely helpful in organizing 5 days training program on “Good Fishing Vessels Practices (GFvPs)” organized in January 2015 by BSFF in collaboration with Department of Fisheries (DoF), JIFSAN (Joint Institute for Food Safety and Applied Nutrition), a joint initiative of USFDA and University of Maryland, USA and Marine Fisheries Academy of Bangladesh. He had also extended all out support to BSFF in organizing 5 days Training Workshop on “Quality Management and Value Addition in Fish and Shrimp Processing in Bangladesh” organized in May 2016 in collaboration with Agribusiness Trade Competitiveness Project (ATC-P) under Ministry of Commerce and UN University Fisheries Training Program (UNU-FTP), Iceland. As the most successful Principal of Marine Fisheries Academy, he devoted his entire tenure in updating and upgrading the course curriculum of the Academy focusing on creating job opportunities beyond the Marine Fisheries Industry for the cadets after their graduation. These cadets are now working not only in the fishing trawlers; but also in various disciplines of marine sectors including marine ship repairs, maintenance as well as on general cargo vessels.

May Allah grant his soul eternal peace in the highest abode in Jannah and the members of his family the fortitude and strength to bear this irreparable loss. 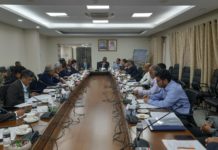 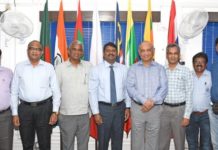 International Roundtable Conference on Climate Change and Coastal Aquaculture in Bangladesh in the Context...

BSFF and GAA team up to Facilitate Investment in Coastal Aquaculture Sector of Bangladesh...